Today I’d like to share some information about one of the most hybridized type of Paphiopedilum, which is known as the ‘Maudiae’ hybrid. This all started in the year 1900, when England’s Charlesworth Ltd registered a primary hybrid between Paphiopedilum callosum and lawrenceanum and named it Paphiopedilum Maudiae. Maudiae went on to breed many similar types of slipper hybrids with a range of colors from albino to coloratum (pinks & reds with green and sometimes spots) to vinicolor (deep red wine color). These types of hybrids are known for their beautiful foliage and elegant single flower (sometimes double) per stem. The flowers last about two months and the foliage colors also show colors represented in the flowers. 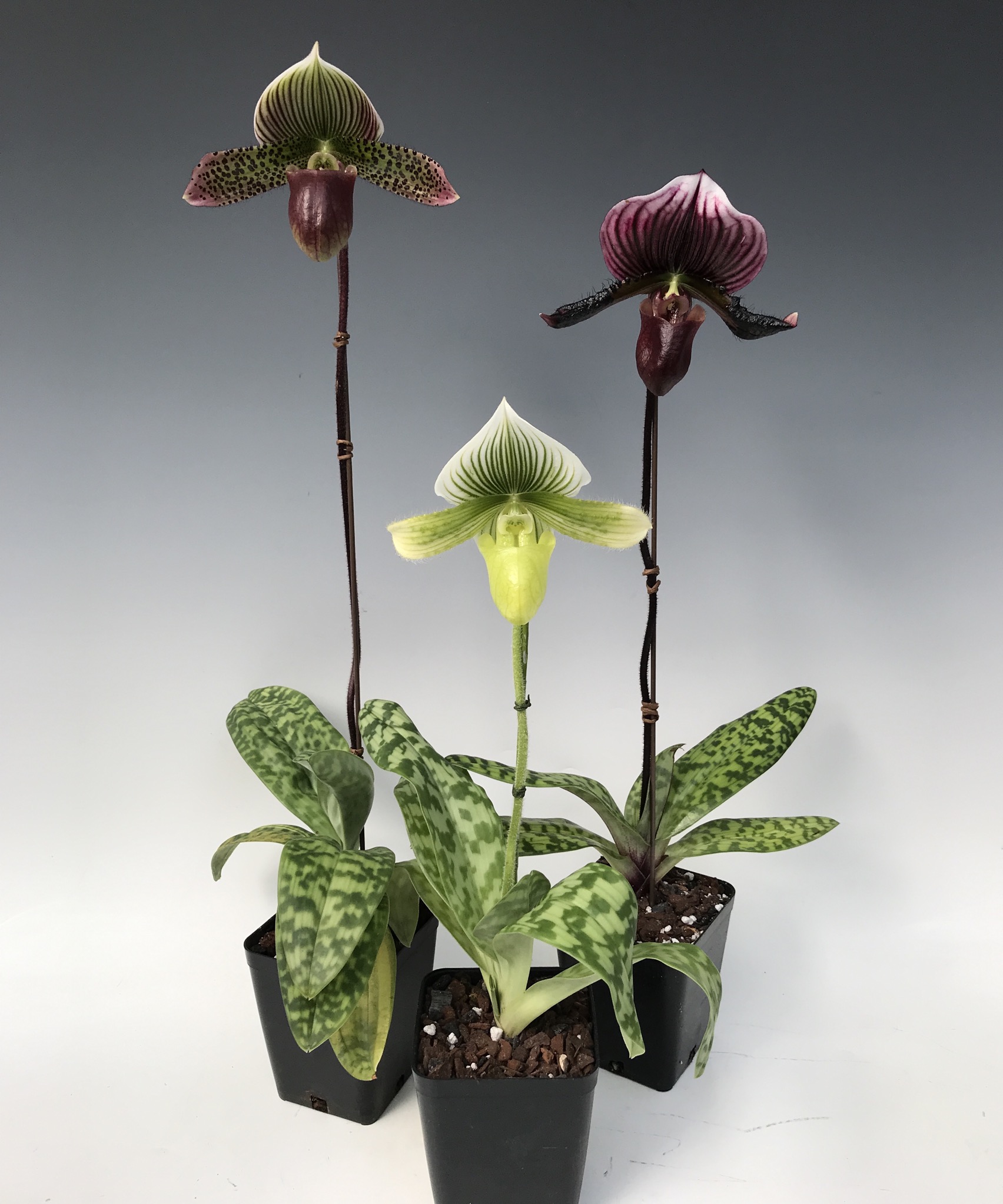 Maudiae hybrids are Southeast Asian terrestrial growers. They are used to intermediate to warm temperatures, very much like household conditions. Terrestrials like moisture as the roots are on the forest floors where moisture is most abundant. They do not like to go dry at the root system, so providing adequate moisture is imperative, but not challenging. These plants do well in a wide variety of potting media, from bark to sphagnum moss to peat moss. Each type of potting media holds water well, but will require different watering techniques. Typically bark mixes can be flushed through with lots of water, and can hold water from 4 to 7 days on average. Sphagnum moss holds water very well depending on how tightly it is packed, and what kind of pot is used (more drainage will dry out medium faster than less). In most cases, moss will hold water for about one week. Peat moss is a bit trickier as it is very dense when wet and can sometimes rot roots. Therefore, lots of drainage is required, and often 50% perlite mixed in will help even out the medium. Depending on the pot and airflow, peat moss can hold water from 7 to 14 days. No matter what the medium, most orchids like to air out and be re-watered about once per week. Only once a larger root system has developed do we recommend heavy water as at that time the plants can absorb it quicker.

Like most orchids, Maudiae hybrids like low to no mineral water, with occasional fertilizer. Again, the mix will determine how often you feed your orchids. Fast draining medium can handle fertilizer 2 out of 3 times you water, whereas slower draining sphagnum and peat only need food 1 out of 3 times you water. Constant high minerals or softened water will build up in the medium, eventually stopping all root growth and causing the plant to decline. The most common reason Maudiae Paphs do not re-bloom is from underwatering.

These are shade-loving plants, which is often the case with mottled foliage orchids. They have created a camouflage to blend into the forest floor, helping them avoid foliage-eating predators. Even a North facing window with ambient light is enough to grow and flower Maudiae hybrids. We typically recommend any location that has shade after 12 PM until at least 4 PM to avoid any strong light. Direct morning sun will not burn these plants.

Most orchids that enjoy frequent amounts of water have faster potting medium decomposition. It is common to repot your Paphiopedilum once per year if the medium has stayed consistently on the wet side. Pine bark medium can often last two to three years with these plants, but has also been known to need changing in one year if it has been kept too moist.

These plants are sympodial growers, meaning they bloom once per growth only. When the flower has finished, cut the stem towards the base of the plant where it came from. These plants will not re-flower on the same stem. Once a new growth has emerged, it typically will take 6 to 9 months for it to reach a mature size and flower again. These plants will often develop two new growths, which can sometimes bloom at the same time, or a few months apart. Do not remove the previously bloomed growth as it contributes energy to growing the new plants, and will not turn yellow and drop leaves until the new growths are mature, and sometimes several months beyond that. 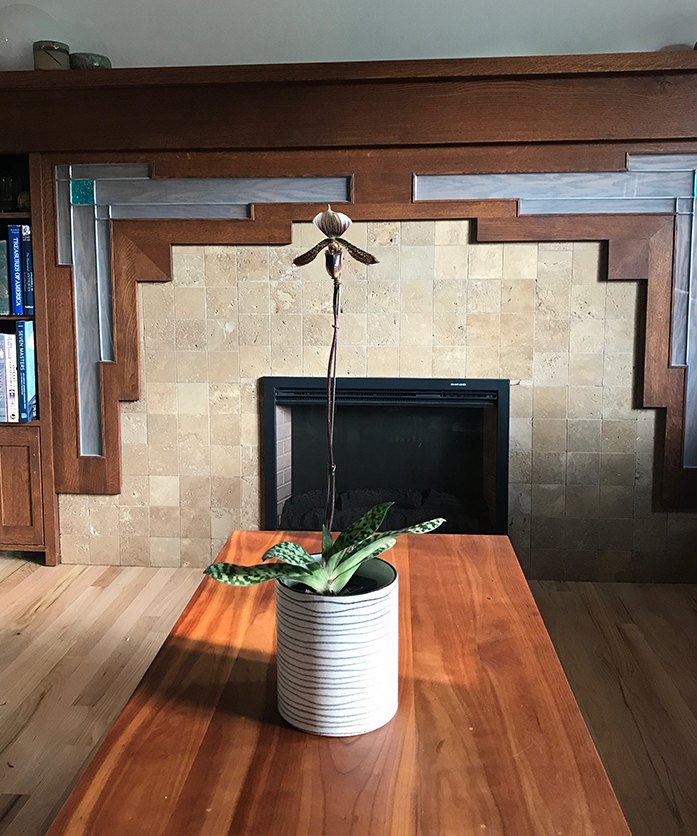 There are constantly new types of hybrids of Maudiae-type Paphs being produced every year as they are the fastest Paphiopedilum to grow from seed to blooming size (3 to 4 years on average) with many different patterns and shapes. A large grouping in your collection can lead to having something in flower almost every month, making them a fun type to collect! If you’re looking to try something new (or a collector who just needs more) that is relatively easy to grow in the orchid world, we highly recommend a Maudiae Paphiopedilum!

Paph. Maudiae types to check out: