This blog accompanies the following video:

I’d like to share some information about one of my all-time favorite Paphiopedilum from Vietnam, delenatii. This species was originally found in the wild by a French army officer around 1914-1915. It is rumored that these plants were then sent to a grower in France named M. Delenat (whom the plant was named after). This is quite a charming species for several reasons. First off, the foliage is attractive. It has a mottled pattern and is colorful, making it an attractive house plant when it is not in flower. (That’s right, house plant people, I’m making you take a look at orchids too!) The flowers are charming and have the slight fragrance of rose. Interestingly, some have the fragrance, and some do not… so far there is no way to tell which will have it and which won’t.

From left to right, a standard, Dunkel, and albino form of delenatii.

They produce one to two flowers per inflorescence (rarely 3, and most commonly 3 are seen on the albino type) and the best part is these plants seem to grow in a wide range of conditions. In the wild, they have been found growing on granite with the roots finding their way down crevasses with humus, or even in slightly acidic soils and moss, which helps explain why this particular slipper orchid seems to love sphagnum moss more than most other parvisepalum paphs. They come in different color forms. The standard form has white petals with a pink pouch, a dark form or ‘vini color’ form that has a deeper reddish colored pouch, an albino variety that is pure white with some yellow in the staminodial shield, and lastly a semi-alba form which is the rarest of this species that has green leaves with a green flower stem, and a very light pink coloration in the pouch. 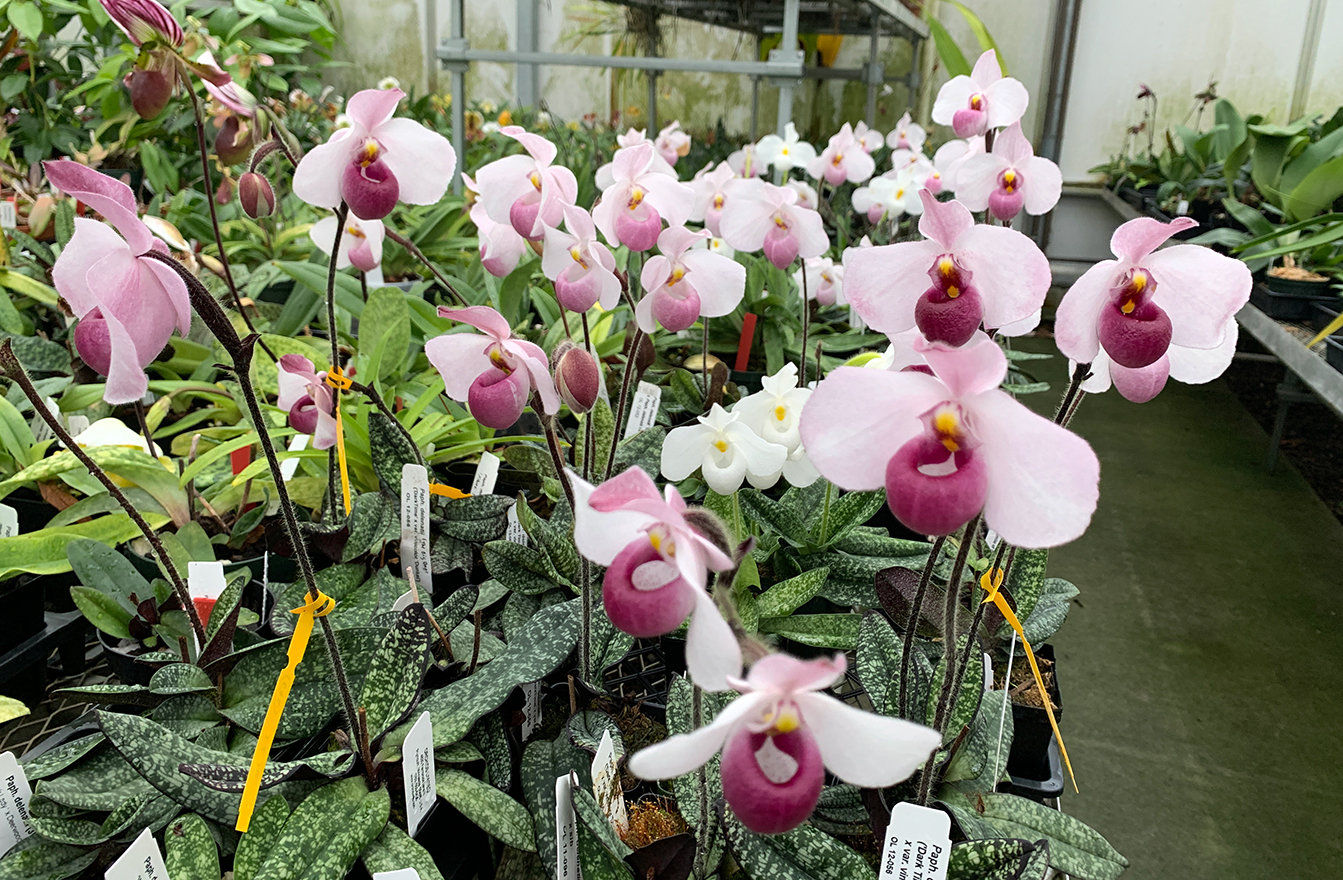 Culturally, I recommend growing the plants in a shady to semi-shady environment. These plants do not want any direct sun beyond what they could get from an eastern exposure. They also enjoy moisture and air at the root system, making fir bark, pine bark or sphagnum moss the best substrates to grow them in. We have grown them in all of these mixes with good success. I usually recommend repotting these once per year, as frequent watering will break down the potting media over the period of 1 to 1.5 years in my experience with delenatii. They also seem to grow better overall with an annual repot.

There’s something special about growing an orchid species, the way it would be discovered in mother nature and through generations of breeding this species, not only has it been rescued from being in danger of extinction, it has also become a genetically superior orchid to grow that should not pose a big challenge for you.

Our current Paphiopedilum delenatii offerings (some of these have limited quantity):